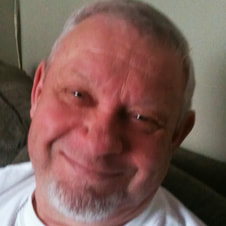 Gary Kozsukan
Gary and Kathy came to the Lord in 1980 while he lived in central Canada.  When he and his wife retired in June 2013 they moved to Antigonish to care for their mother.  Since moving here they felt led to attend Full Gospel where they have been involved and willing to take on whatever task they can help with.  Gary is a very handy guy and loves carpentry and wood working.

Although he is a Montreal fan, we know you will enjoy knowing and working with Gary! 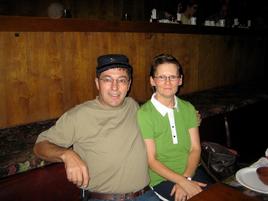 Charles Mattie
Charles was born and raised in Antigonish County.  After taking a welding trade as a teenager, he moved to Alberta in 1975 with some friends in hopes of finding work.  While there, his landlord shared the gospel with him, and God saved him.   Soon after, Charles married Joanne, who had also accepted Jesus as her saviour around the same time.

In 1984, God led Charles and his family back to Nova Scotia, and eventually to Antigonish in 1986 with their two children, Sarah and Jordan.  They began attending Full Gospel Assembly, where Charles soon became a board member in 1988.  Currently, Charles continues to work as a self-employed welder in the construction industry.  He also spends his time playing guitar – mostly Bluegrass music – and thoroughly enjoys the great outdoors.

Charles has invested immensely into this church and community and we know that you will enjoy Charles company!

Pastor Jerry Clubine
Jerry is married to Sam and together they have three adult children and two grand-babies (#2 in picture). They have pastored in Ontario, Quebec and now Nova Scotia. They enjoy nature so you can be sure they'll explore the area.

Credentialed with the PAOC since 1999 with a variety of experiences ranging from kids and youth ministry to seniors ministry to para-church addictions counselling.  Jerry's current ministry interests include: preaching, chaplaincy (St. Fx) and men's ministry. He hopes to pursue further studies in leadership and/or counselling.
Full Gospel Assembly of Antigonish | 2758 Highway 4, Antigonish NS | 902.863.2010